The Ruakura Superhub's inland port is expected to start operating in mid-2022.

Hamilton is set to be radically transformed over the next 12 months as work surges ahead on a host of major builds.

From the completion of a $2 billion-plus roading project on its eastern fringe, to towering inner-city builds and showpiece subdivisions, 2022 shapes up as a year of big change for New Zealand’s largest inland city.

“By the end of 2022 we will see tangible changes to the face of our city,” Hamilton mayor Paula Southgate​ told Stuff.

“When I move around the city I see cranes everywhere and that tells me that real progress is being made. In the CBD, people will look back in another year and go ‘wow, Hamilton is coming of age’.”

Mid-2022 looms large on the city’s calendar with the expected opening of the inland port at the Ruakura Superhub.

The inland port is a joint venture between Tainui Group Holdings and Port of Tauranga and anchors TGH's much larger superhub project.

A model of the Ruakura Superhub, with the soon-to-be-opened inland port in the foreground.
Image: CHRISTEL YARDLEY/STUFF

TGH chief executive Chris Joblin​ said the inland port’s opening is timed to coincide with the completion of the Hamilton section of the Waikato Expressway.

“Some of the big infrastructure spends locally like the expressway ... they unlock a whole lot of economic activity, and what we’re seeing now is the benefit of that,” Joblin said.

“The challenge for us as a city and a region is to think about what are the next big pieces of infrastructure we need that allow that next wave of activity to occur.” 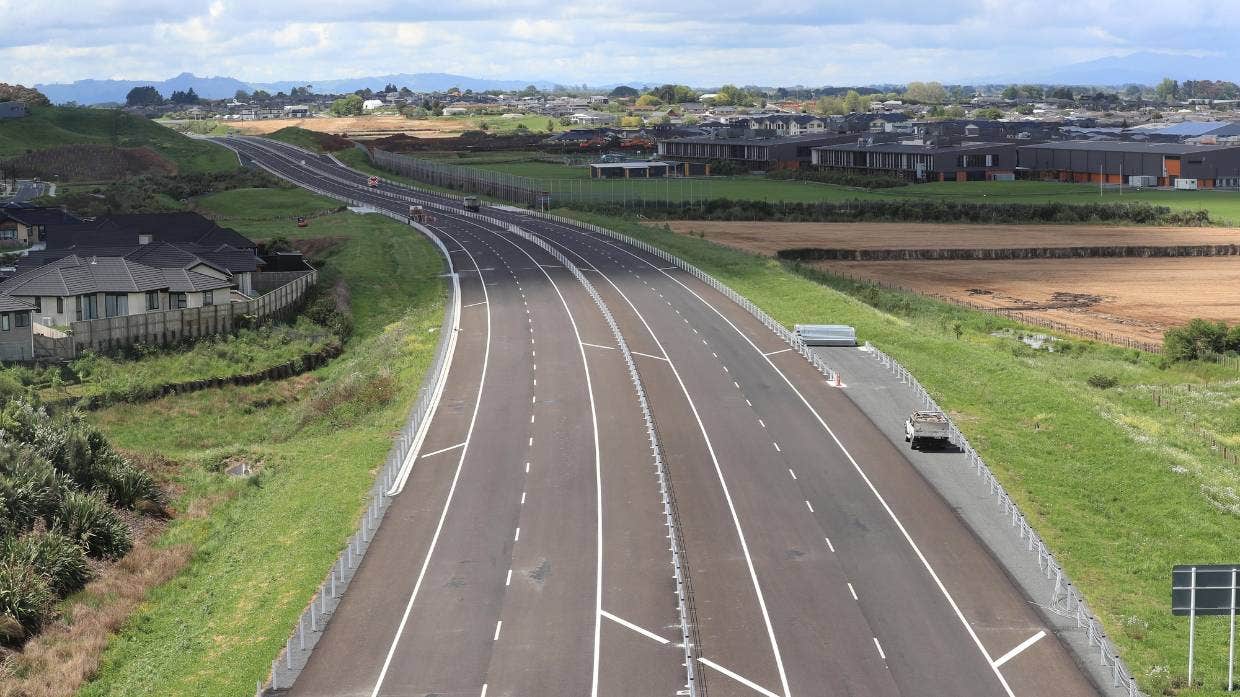 The Hamilton section of the Waikato Expressway is due to be completed by mid-2022. Image: MARK TAYLOR/STUFF

The mid-year opening of the 22km-long Hamilton section completes the Waikato Expressway project and will come as a relief to roading bosses who have seen its completion date pushed back twice.

Another key transport project, Hamilton’s new Waikato River bridge, will begin to take shape in 2022, as the first above-ground structures for the bridge start to emerge. The bridge will eventually connect Peacocke to Hamilton East. By mid-year, the bridge's central pier will become visible.

The central pier of Hamilton's new river bridge will become visible by mid-2022.

At Waikato University, work is well advanced on the $85m complex known as The Pā. The new facility is the largest capital project in the university’s 58-year history and is due to open in September.

The Pā includes a large student hub that features an atrium and stage, spaces for seminars and study groups and a food court. The Faculty of Māori and Indigenous Studies, as well as the vice-chancellor’s office will relocate to the site. A new marae complex sits at the heart of the building.

The university plan to hold graduation ceremonies at The Pā.

The Pā is the largest capital project in Waikato University's history and will be completed by September.

“It’s exciting for the university, but hopefully there will be various things where it works in terms of community use as well,” Waikato University Vice-Chancellor Professor Neil Quigley​ said.

“Certainly it will be a great conference venue.”

Nearby, work has started on a $40m purpose-built building for NIWA. Located at the university, the complex is being built by Foster Construction and is expected to be completed in 2023.An artist's impression of the Waikato Regional Theatre as seen from Victoria Street. The theatre is due to open in the first quarter of 2024. 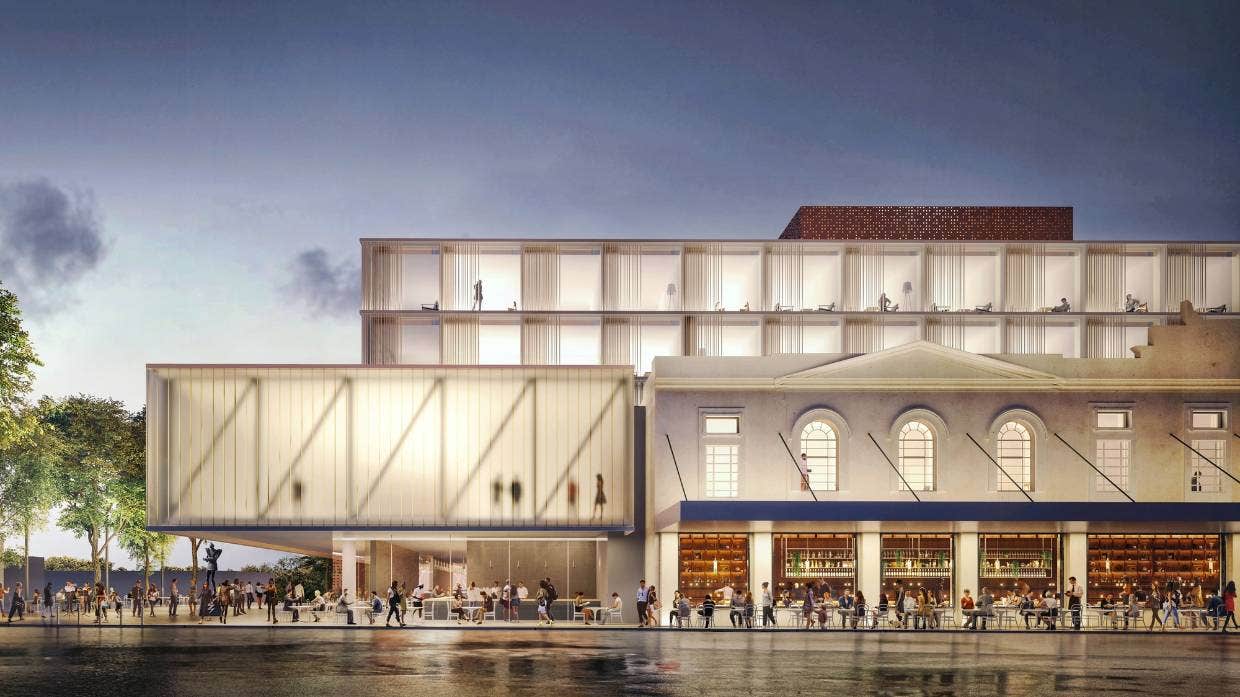 An artist's impression of the Waikato Regional Theatre as seen from Victoria Street. The theatre is due to open in the first quarter of 2024.

Foster Construction Group chief executive Leonard Gardner​ said 2022 will be an “incredibly exciting” year, with the company also developing the $76.3m Waikato Regional Theatre, the six-storey mixed-use development Northern Green on Victoria St, and the Union Square precinct. Northern Green is due for completion by the end of 2023 or early 2024.

In December, Rabobank moved its head office into the first Union Square building. Five buildings are planned for the precinct on the corner of Hood St and Anglesea St. Construction of Building A has started while work on Building E begins in March.

Gardner said the construction industry faces challenges, such as delivering projects in the face of labour and supply constraints, but plenty of opportunities exist. 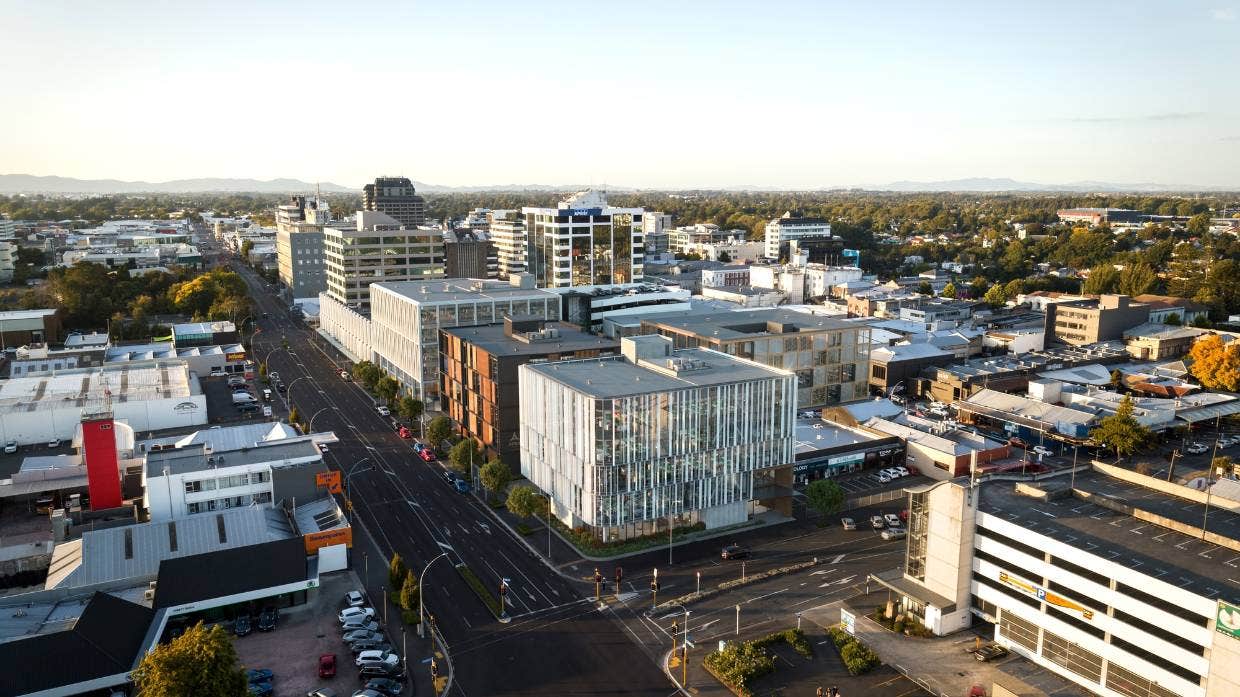 An image of what Hamilton's Union Square precinct will look like once complete.

“We’ve got an exciting five to seven years ahead of us in the CBD,” Gardner said.

TGH are also active in the central city and expect to complete its $50 million office complex on the corner of Collingwood and Tristram Streets by January, 2023.

In early 2022, TGH and Kiwi Property will produce a master plan for the wider Centre Place precinct, detailing their vision for the central city site.

“Hamilton is moving into a really great position ... and we’re in our place in the sun at the moment,” Joblin said. 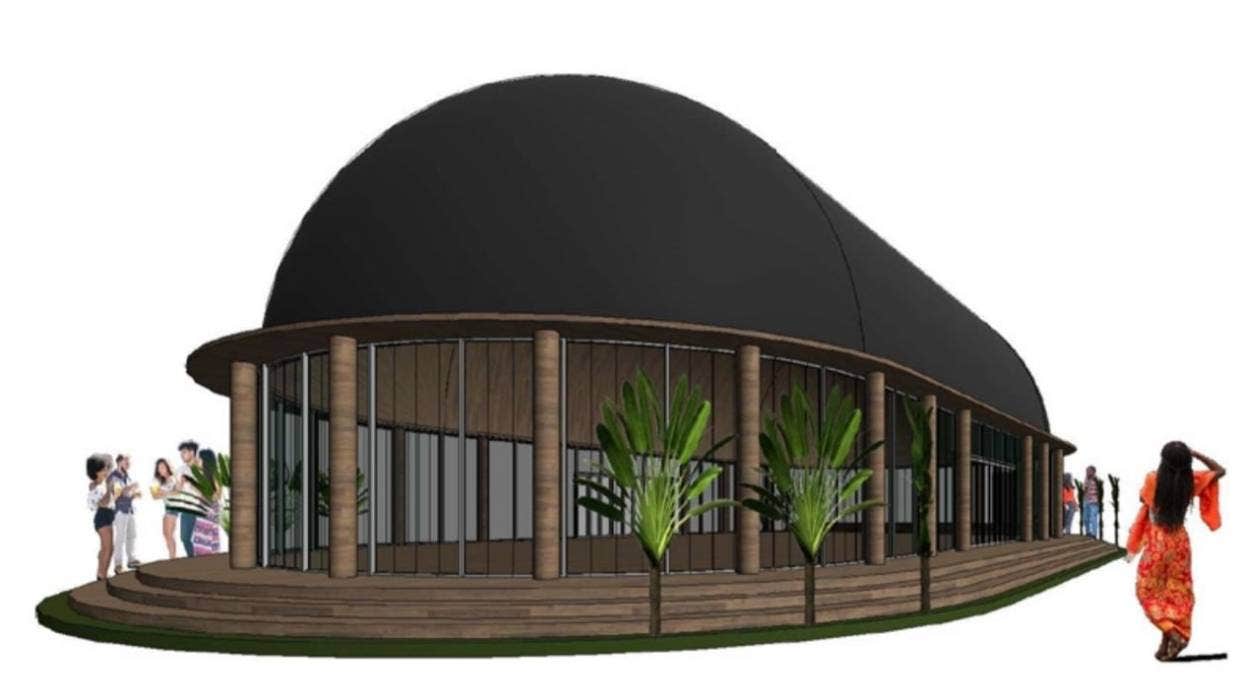 An artist's impression of the fale-style building that will be part of the Pan Pacific Community hub in Hinemoa Park.

“The city centre deserves a fitting heart and that’s what we aspire to deliver.”

At Hinemoa Park, work has started on a $12m Pan Pacific Community hub. The complex is due to be completed in October.

For Stark Property, 2022 promises to be a busy year as it starts work mid-year on a six-storey office block on the corner of Ward and Tristram Streets, the first of three buildings planned for Tuapapa, a major new business precinct.

Stark Property's planned development Tuapapa will be located on Ward St. Work on the six-storey office building named Mahi, right, will start in 2022.

In Hamilton East, Stark Property will continue work to reimagine the former Grey St headquarters of the Waikato Regional Council into an indoor marketplace. The company will also aim to complete a 1800sqm commercial building located in the Hills Village precinct by the end of 2022. Also in Hamilton East, Black and Orange Property will begin construction of an eight-storey complex at the west-end of Cook St.

Away from the inner city, on-site construction will start in Amberfield, a 1000-plus home development in Peacocke. And in the city’s north, work on the first dwellings at Te Awa Lakes is expected to start by the end of the year.