City leaders have put out a call to developers to help transform a prime inner-city site.

Hamilton City Council wants to partner with private developers to build a multi-storey development next to the Victoria on the River park.

A formal expressions of interest document was issued by the council on Friday and details its aspiration for a mix-used development featuring hospitality, commercial and retail space, as well as residential apartments.

The expressions of interest document says the council wants to work closely with the chosen developer to get the desired outcomes while acting largely as a “silent” development partner.

The site, which encompasses 242-266 Victoria St, was purchased by the council in August 2018 for $6.49 million, with a view to enhancing the Victoria on the River precinct. Its combined area covers 2017 sqm. 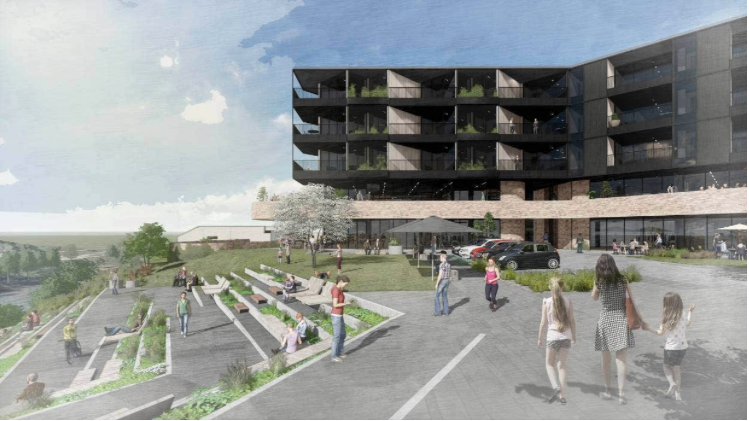 An artist's impression, looking south across Hamilton's Victoria on the River park to a proposed multi-storey development.  Image: Edwards White

“We inherited some pretty old buildings that were not in great shape, and it doesn’t make sense, in the current climate of renewal of the CBD, to leave them in poor shape,” Southgate said.

“It makes sense to jump on the enthusiasm that everybody has for the CBD and get crackin’.” 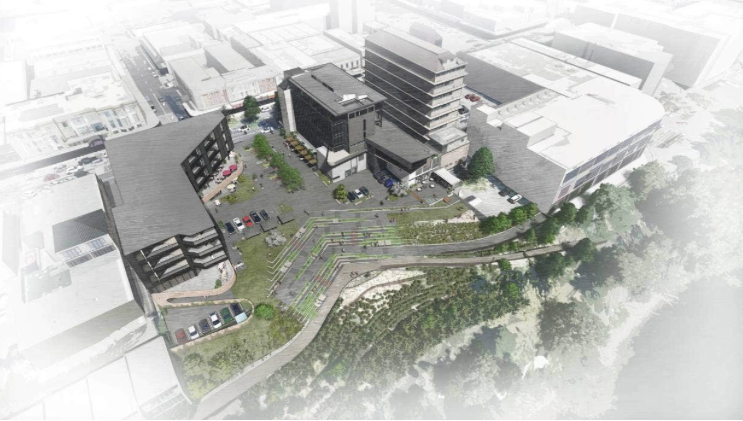 The proposed mixed-use development will border the southern side of Victoria on the River, as shown in this artist's impression.  Image: Edwards White

Southgate said the proposed development promises to complement other projects happening along Victoria St, such as the Waikato Regional Theatre.

“Just imagine that whole strip, full of quality restaurants, commercial activity, high-quality apartments on top. It will be like the coming of age of our CBD.”

Because the riverside development involves council funds, it is essential the process is transparent, Southgate said.

“It’s got to be done with full transparency and that’s been my message to council staff,” she said. 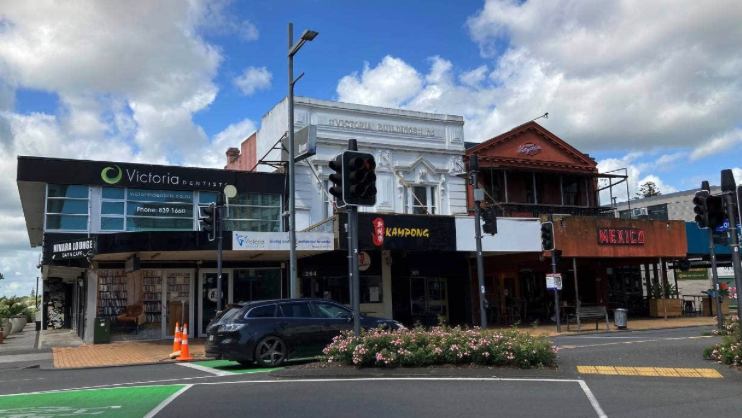 The historic facades of the Victoria Building, centre, and former Guthrie Bowron Building, on the right, will be retained as part of any development at the site. Image: Aaron Leaman/STUFF

“This is a public property we’re developing on ratepayers’ behalf, so they must be kept informed.”

Profits from any future property sale will be reinvested back into the council’s Municipal Endowment Fund which has been reinvigorated under the leadership of councillors Ryan Hamilton and Ewan Wilson.

The endowment fund has a current value of $56.4m.

Artist’s impressions of what the build could look like have been drawn up by Edwards White Architects, but Southgate said those images should be regarded as concept designs. 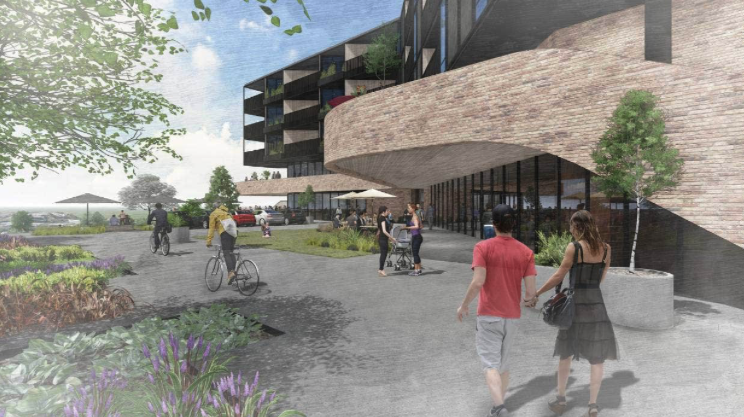 Apartments will be built on the upper floors of the proposed Victoria St development.  Image: Edwards White

“The final detailed design may look a little different to those drawings. The exciting part of having an open process is you don’t know what great ideas will walk through the door and inspire people.

“We are very lucky that we have a lot of visionary developers who really have the wellbeing of Hamilton at heart.”

Hamilton deputy mayor Geoff Taylor​ chairs the council’s CBD and river plan advisory group and said the vision for the proposed development started during the last term of council with the purchase of the existing properties. 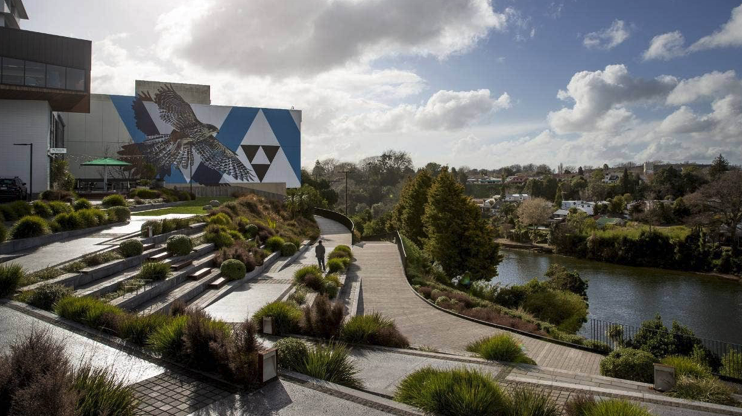 Hamilton's Victoria on the River opened in 2018 and has become a focal point for people wanting to engage with the Waikato River in the city's CBD.  Image: Kelly Hodel/STUFF

“When we bought these properties we weren’t popular, but it was always about the vision of what they could become.

“To me, it’s an extension of VOTR [Victoria on the River] which has opened up our eyes to the amazing opportunities in terms of view shafts from our central city.

“And it’s all about the awesome flow in the river precinct we are trying to create from VOTR south to the [Waikato Regional] theatre, jetty, reshaped museum front, pedestrian bridge and Aranui sports hub.

“The future of Hamilton’s central city rests on that area and how we open it up to the river.”