It’s one of the country’s largest developments and, less than a year out from its opening, the Ruakura Superhub is firmly on the Government’s radar.

Minister for Economic and Regional Development Stuart Nash​ visited the superhub site on Tuesday and described the scale of the project as “astounding”.

The superhub is being developed by Tainui Group Holdings (TGH) on Hamilton’s eastern fringe, with stage one of the project taking in 92 hectares. It’s expected to take in 490ha once fully developed.

Nash’s visit coincided with a series of contract announcements by TGH.

Building and construction specialist Calder Stewart has been awarded the contract to build a 5000 square metre regional hub for the superhub’s first tenant – freight operator PBT. The facility is expected to be operational by August 2022.

TGH also announced civil engineering company Cambridge Construction has been awarded the contract to build two new roads at the superhub site. One of the roads – named Port Access Rd – will provide access to the 30ha inland port. 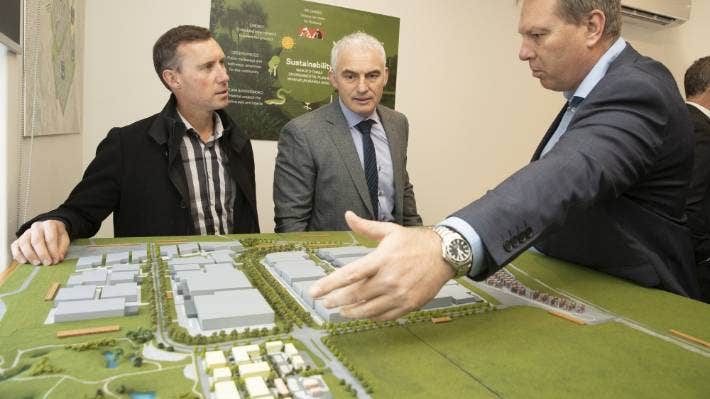 Nash said the Government is focused on driving productivity across the country’s economy. The Ruakura Superhub is an “important part of the overall picture”, Nash said.

“When you look at an inland port that services both the Tauranga and Auckland ports … taking so many lorries or trucks off the road, using rail in a way that this Government has indicated that we really want, rail to be used to move freight in bulk, then this is a project of national significance,” he said.

“I think it [superhub] will drive down costs, it will drive up productivity, it’s exactly what we need.”

The superhub development received a major funding boost in October last year when the Government announced a $20 million loan to TGH and a $20m grant to Hamilton City Council to help fund water infrastructure and roads at the site. And in June 2020, the Government announced a $16.8m grant – courtesy of the Provincial Growth Fund – to be used to build roads around the inland port. 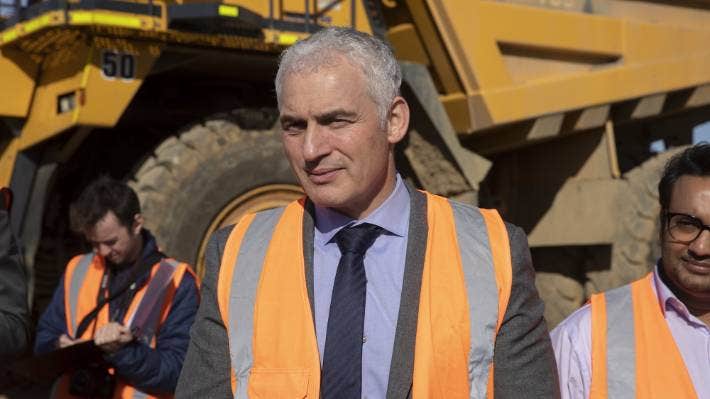 Nash said the Government is always keen to back projects that make a positive difference.

“This [Ruakura Superhub] isn’t just about making money, it’s about developing communities, providing career options to people from Waikato and wider, actually. From that perspective, our values and Tainui’s values are very closely aligned …”

The inland port and the roads across the site are expected to open in the first quarter of 2022.

TGH chief executive Chris Joblin​ said the project has been “really blessed” with the quality of the soil across the site. Cambridge-based C & R Developments has been doing earthworks at the site since January this year and has encountered “very little peat”.

Nash’s visit to Hamilton also included a speaking engagement at the Waikato Chamber of Commerce.

Asked by business leaders when the country’s borders will be opened, Nash said the Government will take a conservative, health-based approach to the issue.

At some point, Covid will become part of the community such as when an international tourist inadvertently brings it in, he said.

“But we believe that if we get our vaccination levels up to a certain level that, when the outbreak occurs, it will be very easy to contain.”