The skyline of Hamilton's CBD is being transformed at a rapid pace as major builds take shape across the central city.

The first of five inner-city buildings planned for the Union Square precinct is nearing completion and played host to Finance Minister Grant Robertson​ this week.

“It's pretty busy in the Waikato at the moment, which is a fantastic sign,” he said during a guided tour of the Union Square precinct, a major downtown development covering half a city block.

Its first building, a five-storey build on the corner of Anglesea and Hood streets, is expected to be completed by October, Foster Construction Group chief executive Leonard Gardner​ said.

Once complete, the building will house the head office of Rabobank New Zealand and the Hamilton office of AA Insurance.

Later this year, work will start on Union Square’s 327-bay car park building. The building will feature end-of-trip facilities such as bike storage and showers.

Work on a third building, dubbed “Building E” will start in the fourth quarter of this year.

“We’ve pretty much got all the tenants we need to get that [Building E] going,” Gardner said. Four tenants will be housed there.

Once fully developed, the Union Square precinct will feature 23,000 sq m of office space, as well as retail outlets, community spaces and a wellness centre.

“Hamilton used to be all about the lowest cost,” he said. 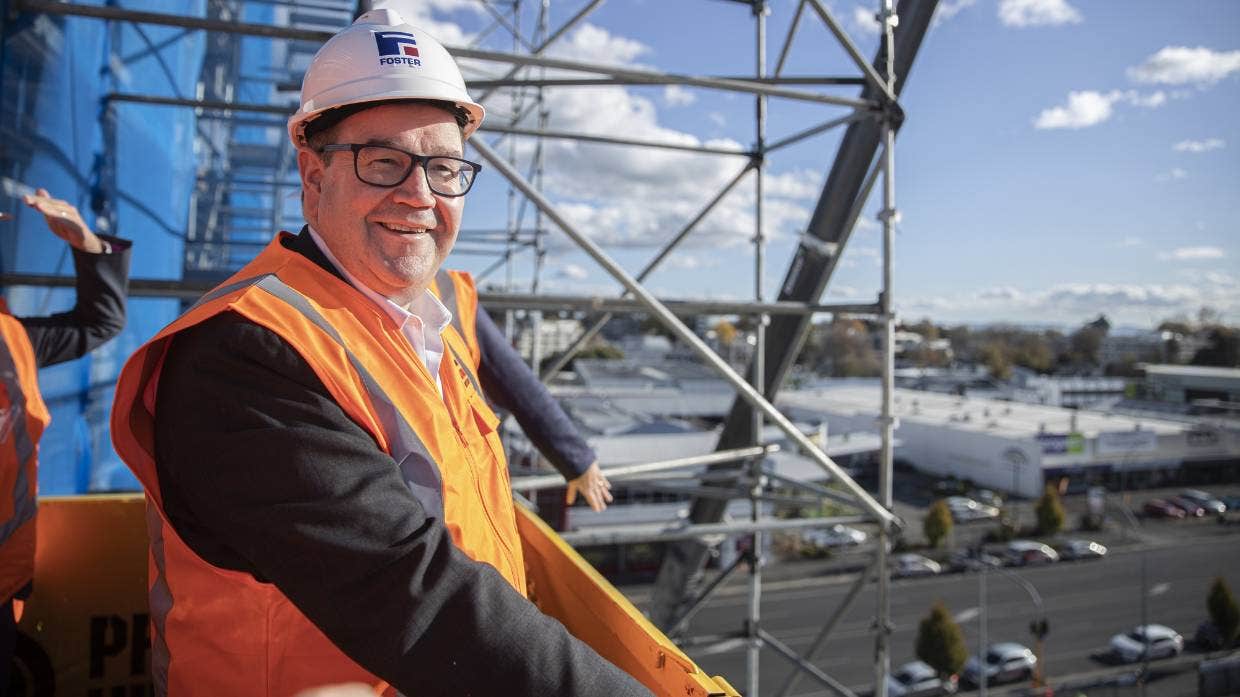 Minister of Finance and Minister of Infrastructure Grant Robertson has confirmed that some large transport projects have been axed.  Image CHRISTEL YARDLEY/STUFF

“Actually you want to spend good money to do something that’s going to last a long time and something that you’re going to be proud of. That’s more of the ethos that's going through the developers at the moment. Tainui [Group Holdings] is a good example. ACC is going to be a beautiful building.”

In September, TGH broke ground on its $50 million office complex on the corner of Collingwood and Tristram Streets. The four-storey glass panel offices will house 650 ACC staff.

“Enduring architecture happens well in some places around the world [and] it’s starting to happen well in Hamilton which is pretty exciting,” Gardner said.

On Wednesday, Hamilton hosted the Waikato Business Summit. Attendees were told that despite the country's construction boom, challenges loomed, such as a shortage of skilled labour and building materials.

“Obviously we’ve got a full construction workforce which gives us more certainty than some who just contract out all the labour. We’ve got to be very, very conscious of our supply chain and we have to be well organised.”