Ruakura Superhub on track for opening in early 2022

The Ruakura Superhub is predicted to play a crucial role in reducing New Zealand’s carbon footprint.

Transport Minister Michael Wood​ was given a tour of the superhub site this week as it quickly takes shape along Hamilton’s eastern fringe.

Stage one of the development takes in 92 hectares and is bordered by Silverdale Rd in the west and the yet-to-be completed Hamilton section of the Waikato Expressway in the east.

The superhub project, which is being developed by Tainui Group Holdings (TGH), is expected to take in 490 hectares once fully completed and will add about 8 per cent of urban and industrial land area to Hamilton.

The Government has recognised the Ruakura Superhub as a project of national significance.

“For me the value has been really understanding the depths of connections and the collaboration that’s going on here. Between Waikato-Tainui, local government and central government, all linking together to deliver a project of enormous scale,” Wood said. 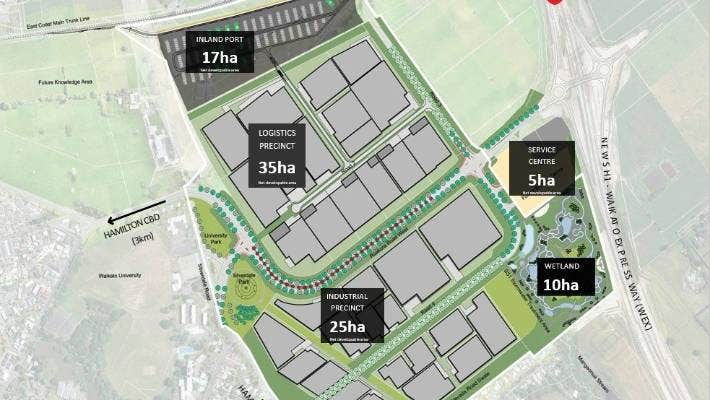 The inland port will include two 800-metre rail sidings, allowing full length trains between Tauranga and Auckland to load and unload.

Wood said the Ruakura Superhub represents the future of how New Zealand can efficiently move goods around the country “and in a more environmentally friendly way”.

With its rail connections, the inland port is expected to remove up to 65,000 truck journeys from the road each year. 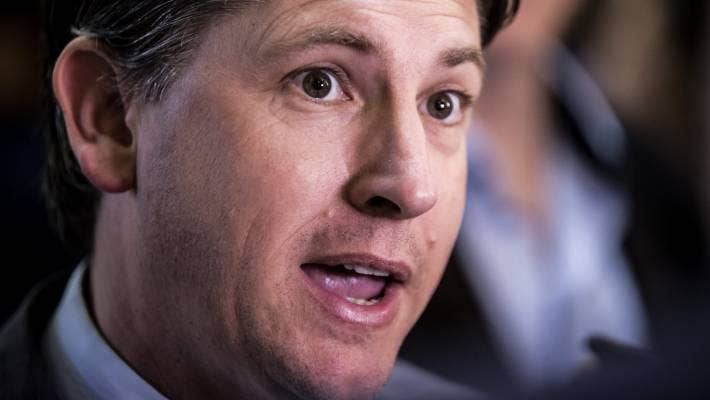 “That’s a massive benefit in terms of road safety and decongestion and decarbonisation,” Wood said.

“For a transport minister whose job it is to decarbonise our transport system, this kind of project is manna from heaven. I think Hamilton is one of the most progressive, go-getter cities in New Zealand, there’s a real sense of vision across the civic leadership, the business leadership and within the community.”

TGH chief executive Chris Joblin​ said enabling works are being carried out throughout the stage one development, such as roads, water and waste water infrastructure. Work is also under way to create a wetland that will help manage stormwater.

The roads across the site are expected to open in the first quarter of 2022.

“The inland port itself will open in a similar timeframe, being March or April next year,” Joblin said.

“The first tenants will be opening buildings, built and opened, by October next year. So you’re just seeing this real nexus of activity. What you’re seeing now is just a little bit of what you’re going to see over the next 18 months.”

Joblin said the Covid-19 pandemic prompted companies to review their supply chains and, in turn, “turbocharged” demand for the superhub due to its connection to rail and road.

As well as an inland port, stage one of the superhub development will include a logistics zone, an industrial zone, and a service centre adjacent to the Waikato Expressway.

A feature of the development will be dark stores – retail distribution centres that cater for online shopping and which can be fully automated.

Wood said a completion date for the Hamilton section of the Waikato Expressway has yet to be determined. Issues such as land purchases are still being worked through by Waka Kotahi (NZ Transport Agency) staff.