Originair’s initial service is planned to be extended in two steps this year with the addition to its fleet of a third Jetstream 32 EP.

Originair’s CEO Robert Inglis says, “a double daily peak time schedule is planned, however cannot be implemented as early as intended, due to Covid-19 related delays with the introduction of our next aircraft.

During the holiday period the airline has operated a reduced schedule that will increase from February 14th with the reintroduction of daily services from Nelson to Palmerston North and Hamilton and return. In addition, a direct service from Hamilton to Nelson each Friday evening with a direct return service on Sunday afternoons will allow travellers a full weekend in Nelson.

An 8am Monday service from Hamilton to Palmerston North, will also be introduced from February 14th, with a 5.30pm flight from Palmerston North to Hamilton each Friday. With the entry of our third Jetstream, this service will become daily, complemented by current services. Originair hopes to introduce these additional peak time flights during April.

All flights from Nelson on weekdays, offer an easy connection to Hamilton via a brief stop in Palmerston North and likewise for the Hamilton travellers to Nelson.

Mr Inglis says “the solid support received on these key city pairs had been appreciated andhoped as the airline increases its flight schedule; it will provide travellers improved travel 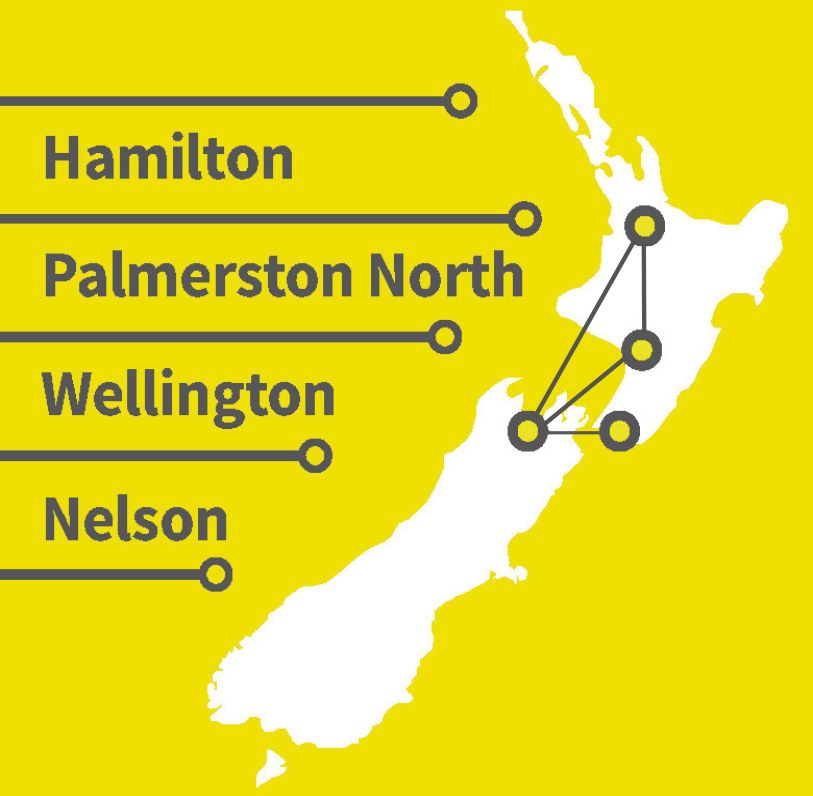